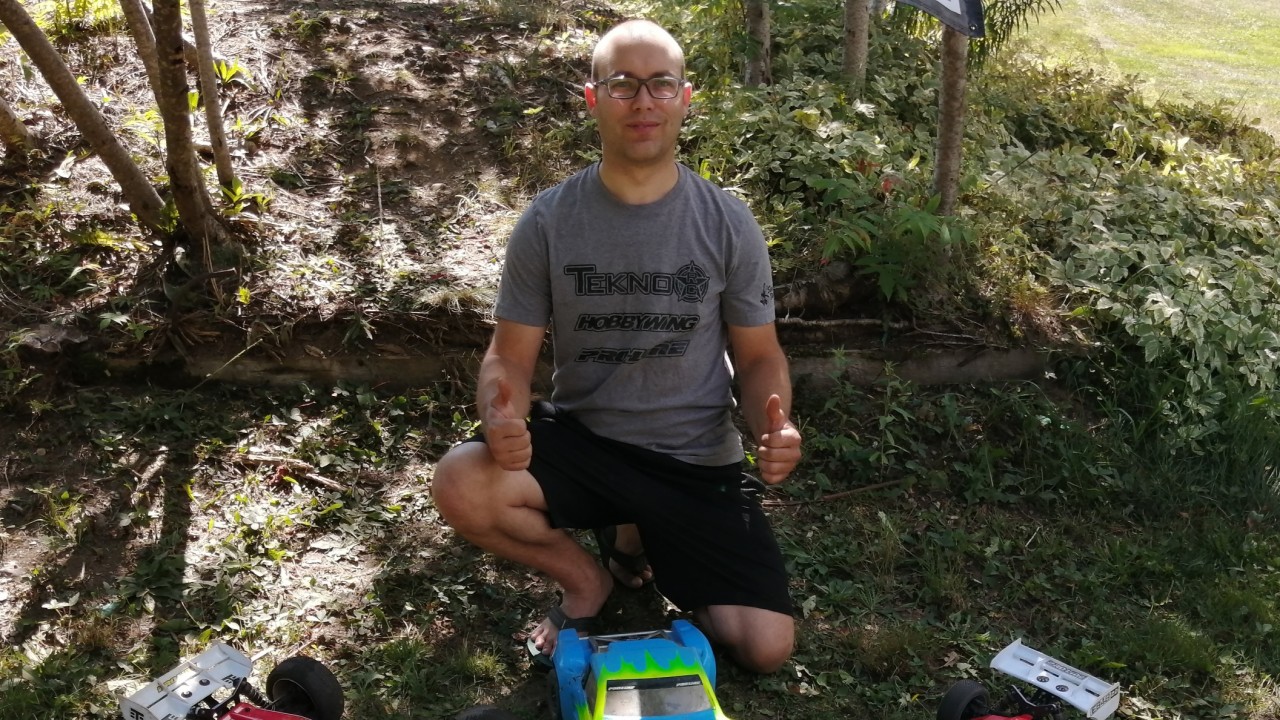 On August 15, was the Maritime OffRoad Championship race, held at Shady Pines Raceway, in Waasis New-Brunswick.

It’s a 3-hour drive for me to get there. This race was organised in less than a month because of the pandemic, and we didn’t expected to see many racers.

To everyone surprise, we had 25 drivers with 77 entries.

I decided to try and run 5 classes in this event.

The track was really dry and the bottom really compacted, with a layer of sand on the top acting as sandpaper. Early in the morning the race organizer and a few helpers broomed the track as much as possible to remove the sand. As the day progresses, the track became very dusty and loose!

I had really good qualifying rounds, putting me in the A main in all classes.

Stadium, I started 2nd on the grid, and I tried to catch up the leader all 7 minutes and wasn’t able to. I finished where I started, in 2nd place.

4wd Buggy, starting in pole position, 2nd place was right to my heals and I knew that a small mistake would change everything and that where I miscalculated a jump and landed upside down, giving enough time for him to pass. We then exchanged position a few times and he got the best of it. I settled for 2nd.

1/8 eTruggy, I started 3rd right in front of my son, Maxim. For his first big race, I was really impressed!

At the tone, I quickly stole 2nd spot, and was following the leader for a few laps when I saw my son catching me up. I fought as hard as I could but he passed me after I got stuck in the pipe and was never able to catch him up. With around 2 minutes to go, the leader blew up his motor on the straight, allowing Maxim to win his first race ever, and I took 2nd. I tried to pass at every corner but Maxim never gave me an opening, protecting the race line.

4wd Short Course, I finished where I started, 3rd place.

1/8 eBuggy, I qualified 4th and by the time we got to the main, the track was dusty and getting loose. Temperature also dropped. I took a chance while preparing my car for the main, and went down in shock oil, and it paid off. I was able to grab 2nd place and almost got the lead with one lap to go, but got tangled up with 3rd place that slowed us both.

(Pro-Line Supressor X3 all around) 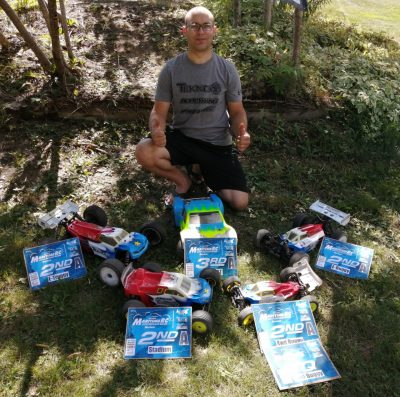