Factory Team / Friends of Pro-Line / How To 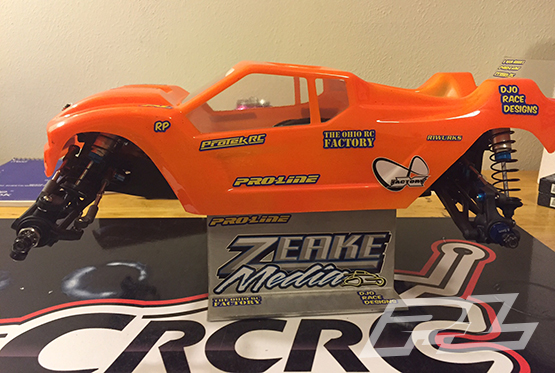 As a Stock racer the object too many times is to simply lessen the burden on the motor and speed control by lowering the weight of said vehicle. My first approach at this was at the very least, misguided. I gave no thought to where the grams were shed or to the weight distribution of the ride. I was left wanting more, grams on the back end.

With my T5m I went about lowering the overall weight while watching how much was removed from where. I wanted to be real close to 40/60% on the weight distribution front to rear. With my buggy I was happier with 38/62% and with the longer wheelbase and greater overall weight on the truck this is simply how I came up with that. It was a guess, a feeling. 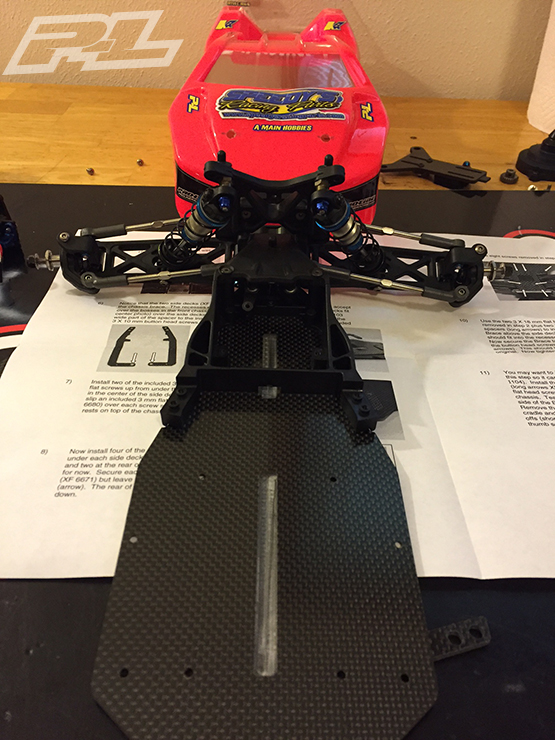 With a Protek Ti screw kit, Protek bearings that had the grease removed and replaced with Speed-X oil, Protek Ti turnbuckles, 3 gear transmission, brass C block, Speedy’s Racing Parts cut gears and slipper eliminator, and the super slim Protek 2800 100c Lipo my weight was at 1840 grams with the front to rear bias at 39.4% and 60.6%. Every race I ran I placed on the podium but I never felt the truck was that good. Something we say in the sprint car world is “on top of the track”. The truck never felt like my Pro-Line Electrons were digging into the surface. A friend who also had a T5m that was much heavier felt the exact same way when I drove it and he was using a brick pack so I know the weight bias was there.

I made two changes, one drastic, and the other not so much.

Pro-Line got me their Pro-Spec spring kit . 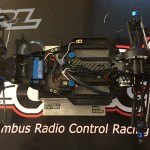 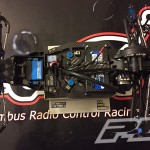 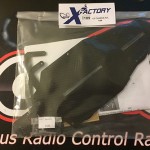 I’ve used these springs before and found them to my liking. The second call was to my friend Billy Maus, team manager for XFactory, to snag the Infinity T5m Chassis Kit. Billy spent years working on sprint cars as well and he is one of the few people who completely understands my lingo. When I explained my problems instead of a weird look he smiled and said I know how to help.

The springs were the first change and while I liked what they did my answer became obvious; I lacked overall flex. I’ve felt all along that slab of aluminum in the middle can be a hindrance and not a help when it comes to Stock racing. The carbon fiber chassis helped, in a huge way.  The only change I made along with the chassis was to now use a full size shorty lipo, Protek 4300 100c, to bring the weight bias where I wanted it. The overall weight is 1820 with the front to rear now at 39.3% and 60.7%; an additional .1% on the rear while losing twenty grams. I have seen trucks as high as 2300 grams and still have the same problem I was looking to eliminate. Lack of traction, forward drive, and side bite.

Was it better? Was it worth it? Would I do it again knowing the end result? The answer to all three questions is yes. The end result was not only a faster truck but a much more consistent truck. The “what the heck was that” laps went the way of the dinosaur. Turn in was crisper, forward drive was near perfect, side bite was plentiful, and corner exit was as delightful as a Casano’s Pizza. My lap times dropped about .5 seconds. The consistency it had now through the run handed me more than a lap over five minutes. The truck now does the same thing lap after lap without the “oh boy” moments.

All of this was tested and proven on the indoor high traction clay at The Ohio RC Factory. Once DJO RC Raceway, an outdoor track, had an open practice I took the truck out there wondering if I would want to pork it up even a little for the looser conditions; nope. The changes made the truck better and both high and low traction conditions. Win, win in my book.