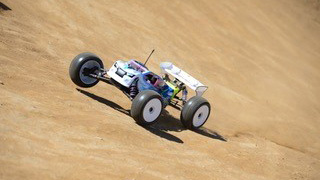 The 2020 DNC is over. The week started on Wednesday with practice/seeding. I started practice on M3 Holeshots for truggy and ebuggy. My truck was fast and easy to drive but had three ok laps, and finished 11th for the round. 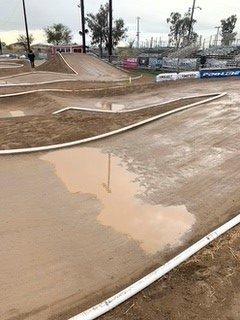 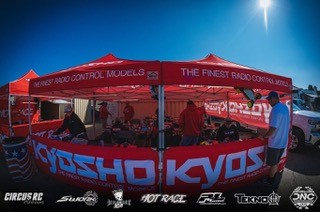 Ebuggy my car was even better to finish 2nd for the round. Then when it was time to run nitro buggy the track was really bumpy and dry so I went to a s4 buckshot. My car was fast but was only able to do ok laps but still ended up 8th for the round. The second round I was faster in truck and moved up to 10th overall. In ebuggy and nitro buggy I wast any faster. At the end of the day I was 10th in pro nitro truck, 8th in pro nitro buggy, and 3rd in pro e buggy. Thursday at the DNC was nitro truggy and ebuggy qualifying. In the first round of truck I was nervous and had a bad result because of it. In ebuggy I was ready and still had some mistakes on the tricky track but ended up with a 8th for the round. In the second round I had some issues, so I had a dnf in both cars. Going into the 3rd round I knew that I could still make the amain in e buggy but I needed a top 15 in truck to make the b main. In ebuggy I pushed too hard trying to get a good result and finished 17th. In truck I ended up with a 13th for the round. Going into the mains I was 10th in the b main for pro nitro truggy, and 3rd in the pro e buggy b main. Friday was nitro buggy qualifying. In the first round of qualifying I had two mistakes and I ended the round with a 7th. For the second round of qualifying I ran a compound that was to stiff. So my car was loose at the beginning and about halfway through the race my car was really good but I couldn’t come back from the mistakes early. 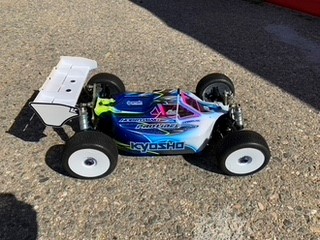 Going into the last round of qualifying I was 12th in the amain. The third round I had some mechanical issues that ended my qualifier early. I ended up 3rd in the b main for pro nitro buggy. Saturday was ebuggy and nitro truggy main day. About 8 hours into the mains it started to rain. Then we started racing 3 hours later and my ebuggy race was the second race after the rain. The start of the pro e buggy  b main I started out following 1st and 2nd then a couple of laps later 1st and 2nd crashed together. I then took the lead and had some battles but in the end I came away with the win. In the pro nitro truggy b main I started 10th and was starting to make moves up to the top 5. I was catching the top three when I had a random flameout. The e buggy a main I started 13th and was starting to make my way to the front when I had a couple of crashes and ended up 12th. I had the speed to make the top 3. I didn’t  have the patience. Sunday was the nitro buggy mains. At the start of the b main I went off the track putting me to last. From that point on I couldn’t come back and ended my weekend. 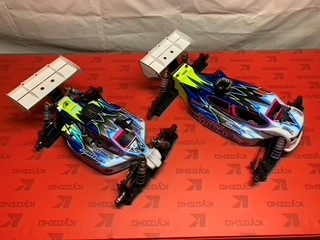 Thank you to Kevin Palmer, Mark Schroeder, Derek Furutani, and everyone that helped me this weekend As well Kyosho, Pro-line, Amain.com,Protekrc,Hobbywing,VpRacing,,Avid,WilsonFineDesign,Ogio,Stickit1,and Hooked.