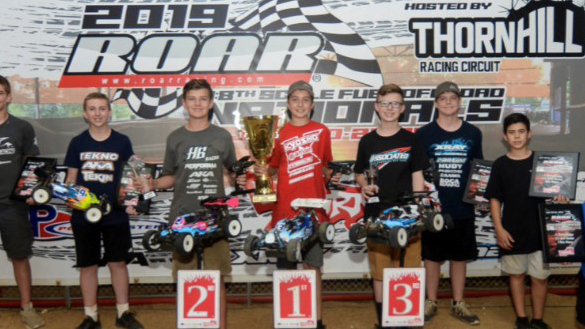 The 2019 Roar Fuel Nats at ThornHill was a rough nats for me. It started on the first day of practice, I was trying to drive at 85%, driving like that wasn’t going to work on this track. I ended the day half of a second off pace. 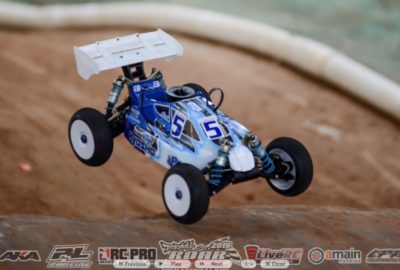 I went into the Roar practice/ seeding knowing I needed to get more speed. I went from a M3 Hole Shot to a S3 Positron and made up the half of a second but know everyone was a half second faster. I seeded the best I could with the speed I had. I seeded in the second fastest heat in both nitro buggy and truggy. The qualifying rounds I didn’t get any better. I had issues that were fault and some that were just bad luck. I managed to qualify 3rd in the 1/4 even nitro buggy main and 10th in the c main for nitro truggy. In the mains I ended up bumping from the c to the b. In the b I was in the top 5 with the leaders in front of me before I was pitting. I didn’t listen to my pit guy and as a result I flamed out in pits. I came back to finish  6th. In buggy I won the the even 1/4. For the semi I started 13th. On the second turn I was on the outside of a car when we both turned down in and I got the bad end. I had to get my car fixed from that wreck and went down a couple of laps. By the end I was on the same lap as 5-11 and finished 12th. Since I didn’t make the main  I raced the under 15 race for my last time. I started 3rd with Camden Lime in 2nd and Mason Fuller in first. Off the start Camden bumped the pipe and I went to the inside. Then after a couple of laps I passed Mason. I was in the lead for a little until I caught myself in lap traffic. In this Camden had taken the lead. I was in second for most of the race, with the last 5 minutes to go I was starting to catch Camden. On the last lap He made a mistake that let me get by to win the Under 15 main. It was a really fun race that had 21 kids in it. Thank you to everyone for your help this weekend. Especially Kevin Palmer for dealing with me all week for the highs and lows.