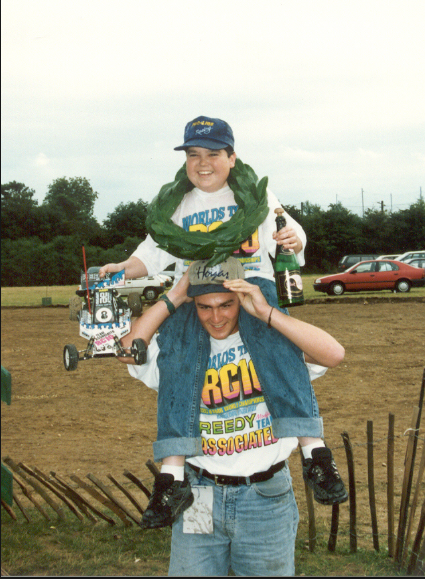 “Brian will always hold a special place in my heart. From the early years of SoCal and M-N-M, Brian and I spent hours together from the time the tracks opened until well past midnight day in and day out. Brian’s dedication and drive to not only be the best, but to have awesome looking cars was an inspiration. We had many good times together traveling, racing and just hanging out with the entire SoCal and M-N-M crews. Brian will be deeply missed. Race on “Dirt” Rest in Peace…….” – Daniels Adams

Many of us were privileged to be able to not only watch Brian but work with him during his rise to dominance in RC racing. The confidence Brian exuded at the track was inspiring if you were on his team and terrifying if you were racing against him. His tireless work at the track drove innovation and at the same time gave many racers a high standard to aspire to. Brian was a pioneer. He was the first “Pro Driver” and he navigated this position with class and poise. He was a powerhouse in RC racing and will be remembered forever as one of the most important drivers of all time. Brian will always be a champion.