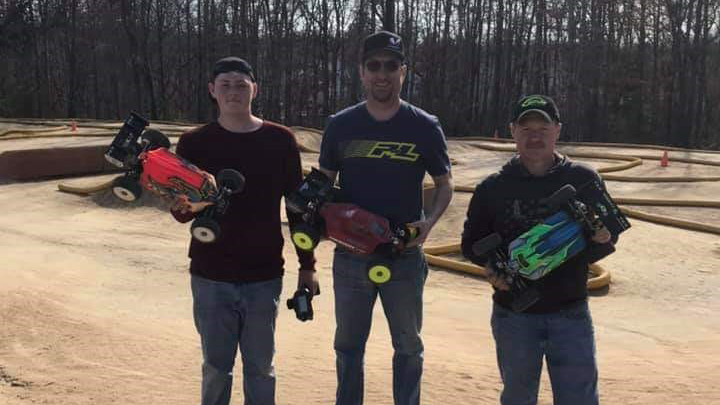 This was the “unofficial” TN State Championship Race held annually at the ROCCK in Knoxville, TN.  There were 178 entries for the event with 22 in Pro E-buggy and 20 in Pro Nitro Buggy.  I was able to qualify 4th overall in E-buggy. My car was very fast and I was driving well against some very talented drivers.  Ultimately, I finish 9th in the A-main after a rough start getting caught in an incident that put me in last place after the first lap.  To say I was disappointed with the end result would be an understatement.

My Pro-Line Positrons in MC Clay Compound was the only tire I ran at this event.  This was definitely the go-to tire for this track on my Mugen MBX8 buggies.  Pro-Line Predator body also. 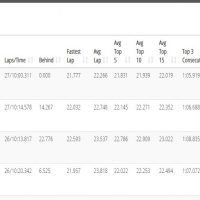 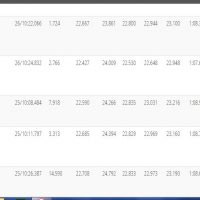 Throughout the day the track conditions changed and drivers were scrambling for the right tire.  Since the track was just recently rebuilt, conditions were calling for a Supersoft Blockade M4 compound early in the day.  The track continued to groove up and warm up throughout the day.  By the end of the day I was running Clay Compound (MC) Positrons on both vehicles.  These proved to be very consistent for me and certainly the right choice.  By the end of the Nitro Buggy A-Main the Clay Positrons were completely worn out.

As usual I was running my Pro-Line Predator body providing excellent down force and stability in the air. 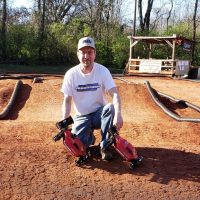 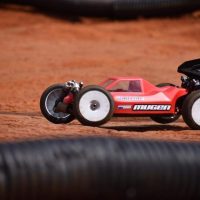 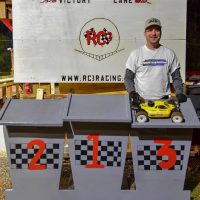 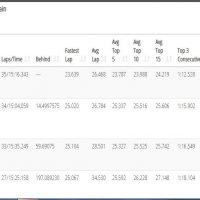 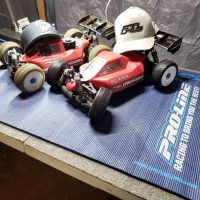 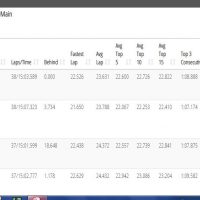 This race was a local club race at Chuckles Raceway located in Crossville, TN.  I was only able to run E-buggy at this race as there were not enough entries for Nitro Buggy.

Running on Pro-Line Fugitive in S3 Compound in the first round I was able to get the early TQ position.  In the second round I decided to run Pro-Line Slide Locks in S3 Compound which I was hoping would do slightly better when I got into any of the edge dust.  I was not able to break my TQ run in the first round but was able to turn significantly faster lap times.  I broke the track record for fast lap by over one second.  To say my car was dialed in would be an understatement.

I made a set-up change to prevent the traction rolling I had in the second round of qualifying and still ran the Slide Locks in the A-main.  I was able to finish 1st in the A-Main lapping the entire field twice in the main.  Certainly not the best of competition, but I was glad to have a good result before Psycho Nitro Blast coming up on the weekend of April 6th. 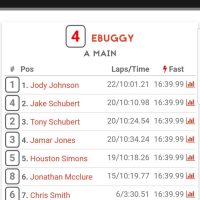 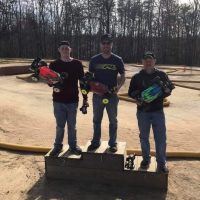