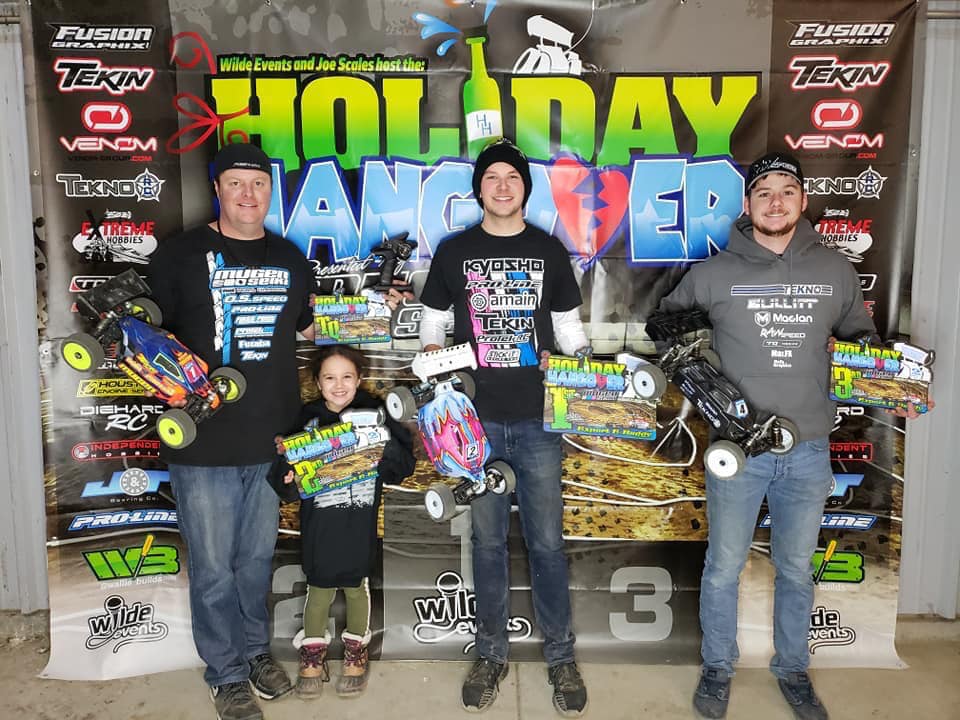 I decided to make the trip up to Moses Lake, WA for the annual Holiday Hangover.  This would be my first time making this race as last years plans were cancelled due to some pretty bad weather.  Thursday morning I flew up to Pasco, WA where my good friend Tayler Wonders would pick me up as we started the 1.5 hour drive North to Moses Lake.  Friday would be a full day of practice with qualifying Saturday and mains Sunday.  I started practice with pretty standard setups for my MP10 and MP9 evo.  While both cars were good from the beginning, both needed a little more steering for the tight 180’s.  As the day went on, I was able to make a lot of progress and felt the cars were as good as they could get going into qualifying. 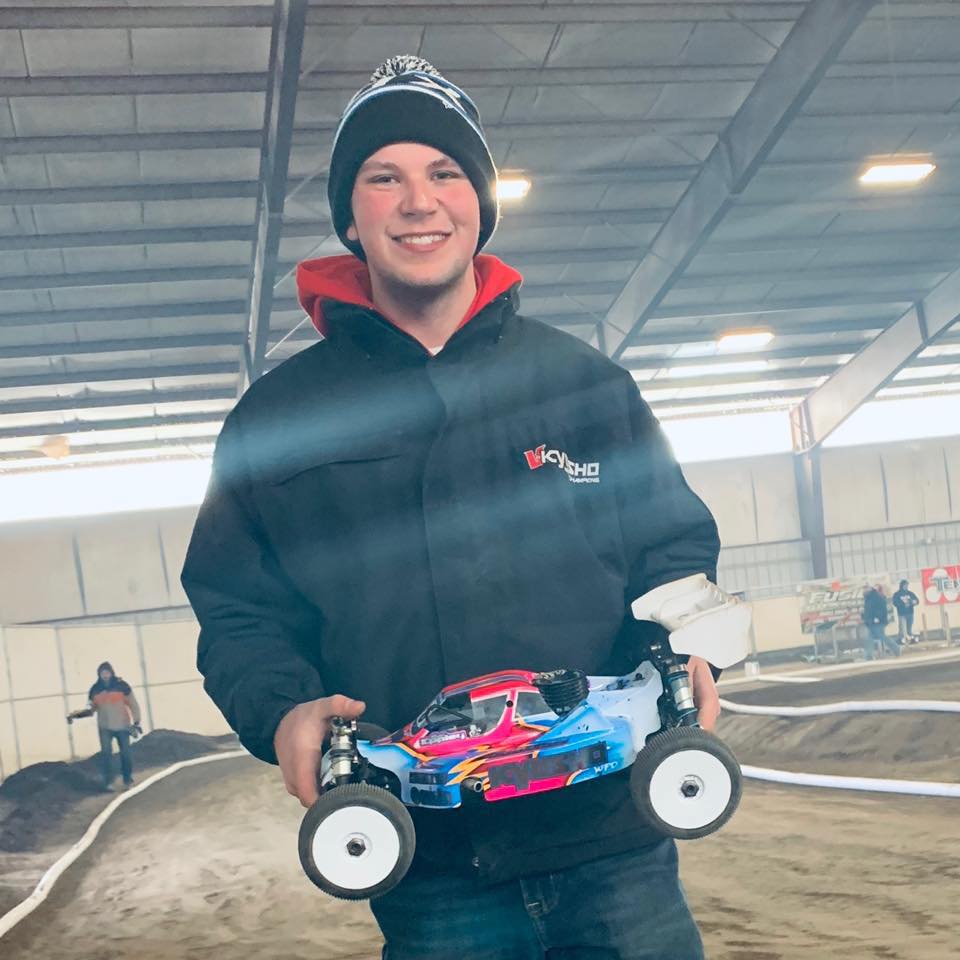 I felt qualifying went good and made a lot of improvements with my driving.  I was able to TQ 2 of the 3 nitro buggy rounds and would take the overall TQ over Adam Drake.  My electric buggy was really good as well.  I only Tq’d 1 round, but was just a second out of the TQ in the other two rounds and felt super confident going into the triple mains. 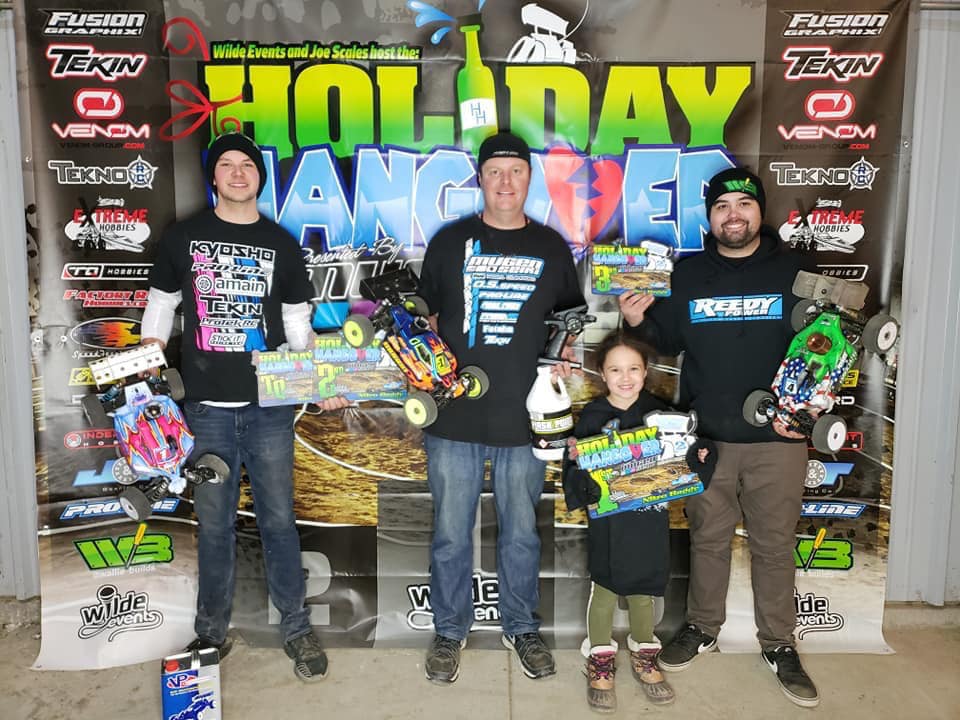 Before the nitro buggy main, we would run two of the three ebuggy mains.  About halfway through the day the first main would be up.  Starting 2nd, I knew I had to put pressure on Drake early.  Off the start I would follow him for the first couple laps.  Drake would unfortunately get into a lapper and give up the position to me.  I would stay mistake free for the remainder of the race and take the win by a small margin.  While I was happy with the outcome in A1, I was lacking a little bit of speed.  I knew if I wanted to grab the win in A2, I needed to step it up and put some faster laps together.  Off the start in A2, I applied heavy pressure and made the pass on the first lap.  From there I was able to put in another clean run and get a big gap taking the convincing win.  While I was pumped on the outcome in ebuggy, my main focus was on nitro buggy.  Although I proved I had the speed during a qualifier, I wanted to prove I had that throughout a main.  During Qualifying I ran M4 Hole Shots and was super happy with the wear and performance.  Even though they lasted three 5-minute qualifiers, they weren’t going to last a 30 minute main.  I made the decision to run M4 Buck Shots.  Unfortunately I made the wrong call on the compound.  From the end of the ebuggy mains to the nitro main, the track changed dramatically.  The track crew stopped watering and began sweeping the track.  Traction came up big time as well as the temperature slightly.  A slightly harder tire compound definitely would have been a better choice for me.  I managed the race the best I could, but would come away with a 2nd behind Drake.  Although i’m disappointed in the outcome, I felt I showed good speed with the Kyosho and super excited for the rest of the year!  My cars were as close to perfect as I can imagine!  Once again a big thanks to Kyosho and the rest of my sponsors for making everything possible!