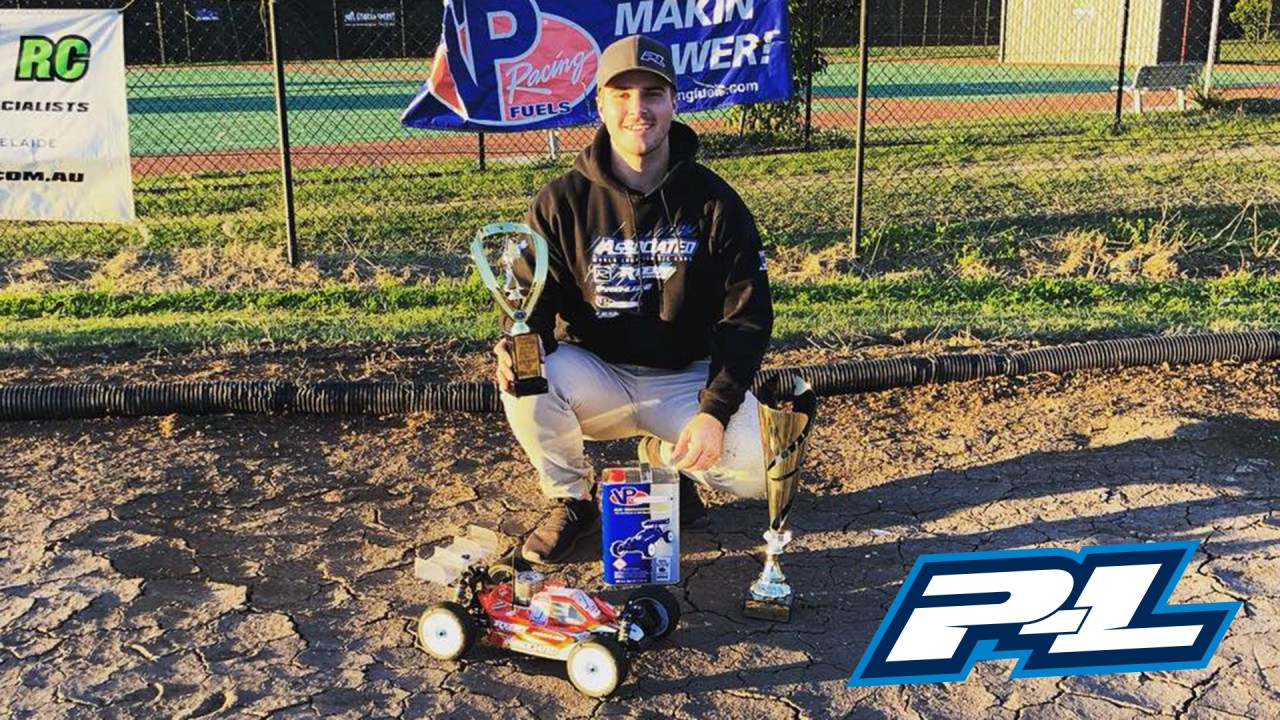 Over the weekend I attended the 2018 Queensland State Championships at one of my home tracks called the Pine Hills Dirt Racing Club.
The race was to be held over two days with some practice on Friday afternoon! Unfortunately due some rain we were unable to practice until late on Friday night and the track was still very wet and tacky.

“I went out in practice and tried Pro-Line X3 Fugitives and decided I would start on this tire for the main final.” 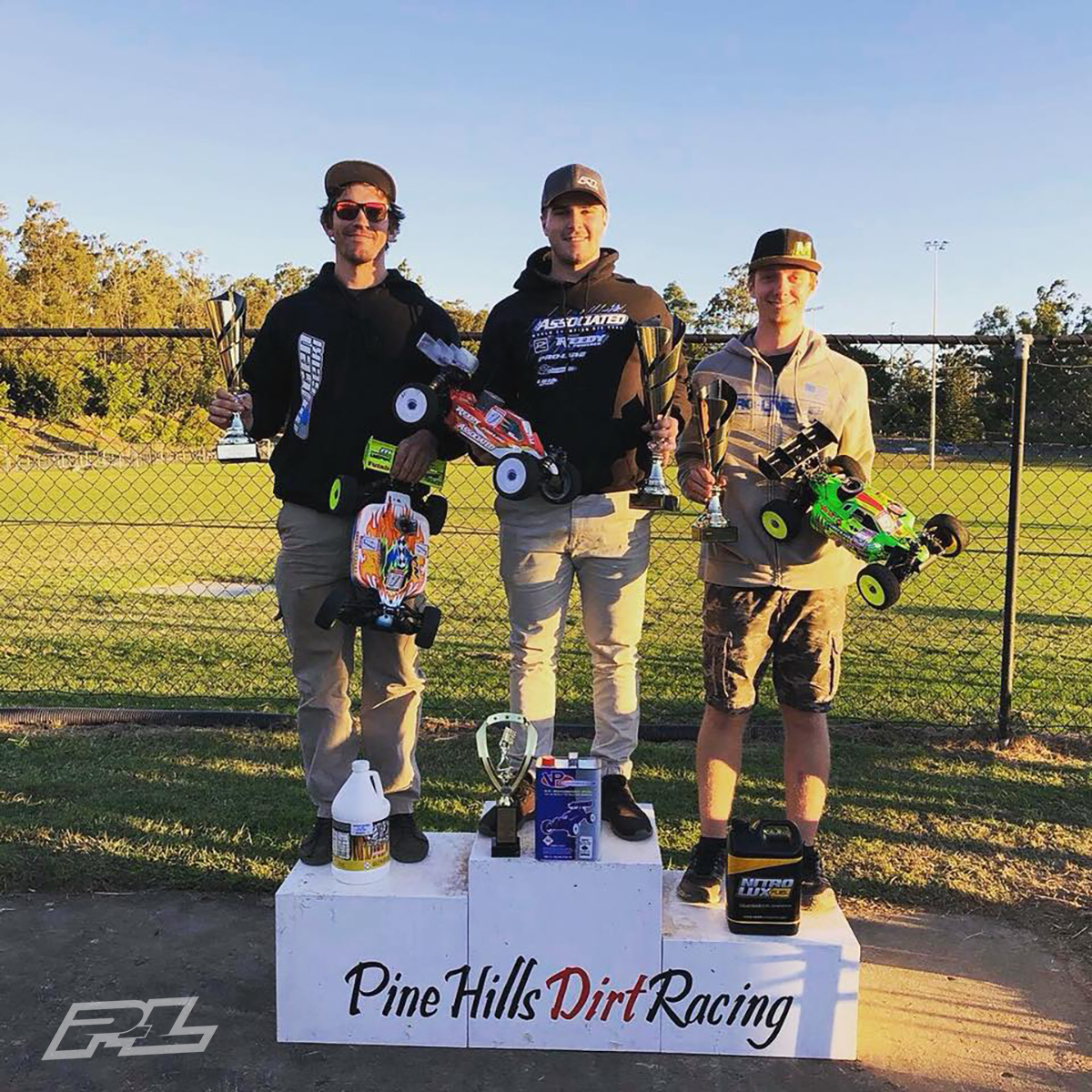 Come Saturday the track had dealt with some more rain overnight and there would be a delay to racing again. With the club putting in plenty of effort getting the track dry and rolled we were underway by about lunch time. There would be 4 rounds of qualifying to be finished by the end of the night. I had a very successful qualifying with my Team Associated RC8B3.1, I took out the first three rounds of qualifying giving me the overall TQ straight away. I ran Pro-Line X3 Slide Locks during qualifying which proved to be a very quick tire out there but the tracks grip was increasing every single run. I decided to sit out the last round of qualifying and go home to get some rest before finals day on Sunday.

Sunday showed some beautiful sunshine in the morning and we were looking good for the rest of the finals day. The Buggy A-Main drivers were gifted one 10-minute practice before the Main 45-minute showdown. With plenty of cars running on the track during the lower finals and with the sun shining, the tracks traction had increased immensely compared to the previous day. I went out in practice and tried Pro-Line’s X3 Fugitive and decided I would start on this tire for the Main final. 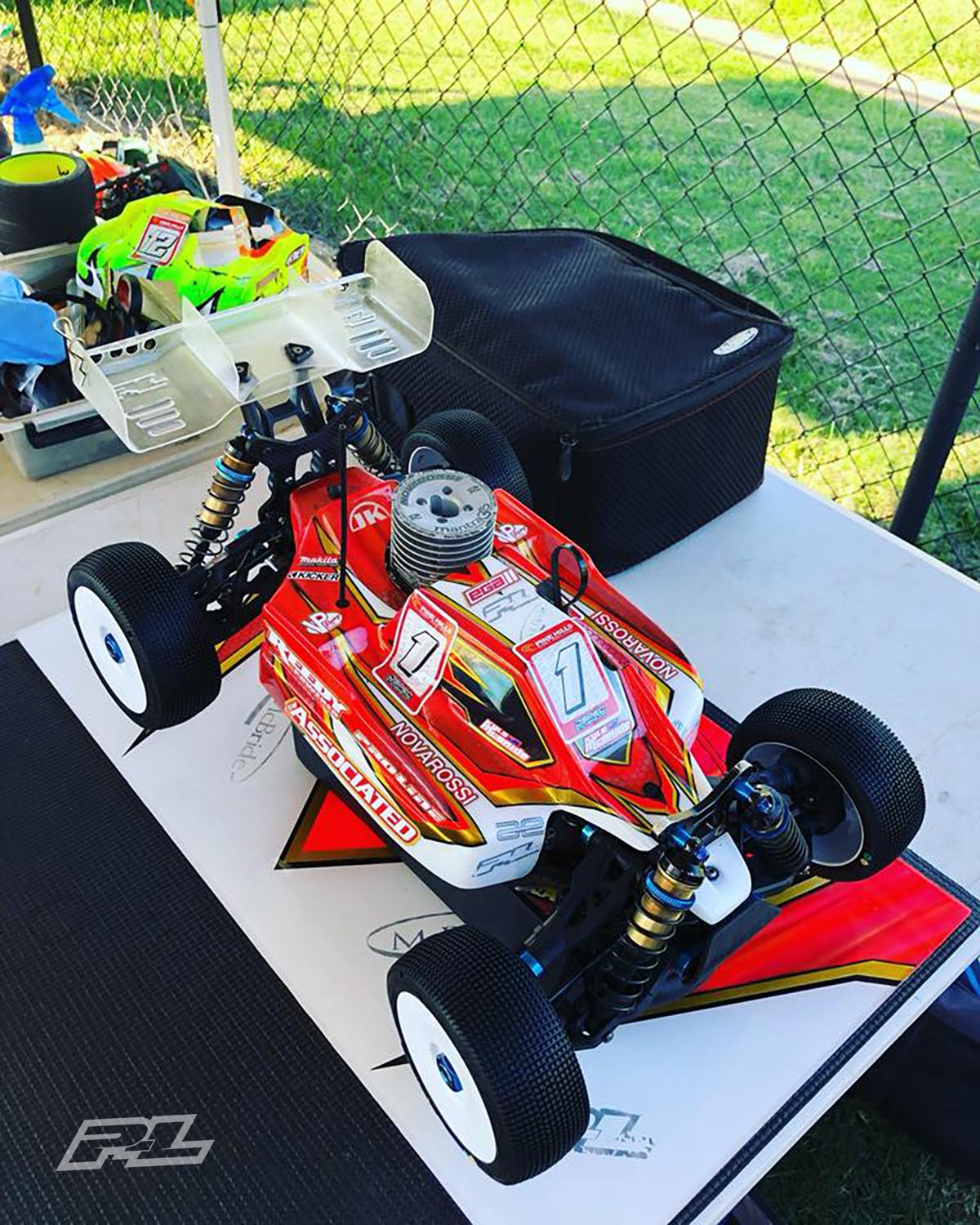 The final came around and went underway, I had a very unlucky and terrible start to my race… I made two mistakes that cost me dearly and dropped me back to dead last (my fault). Within 5-minutes I was half a lap behind the leader already, I knew I just had to put my head down and keep it consistent in the very difficult high grip conditions out there. With the help of my Novarossi Mantra I was able to push my pit stops out to 9-minutes and take out having to do an extra stop. I crawled my way back to the front and battled with the leader towards the end of the race.

I was very happy with how good my package was and how I was able to fight my way back for the win after a difficult start. Thank you very much to the following people and I look forward to my next race! 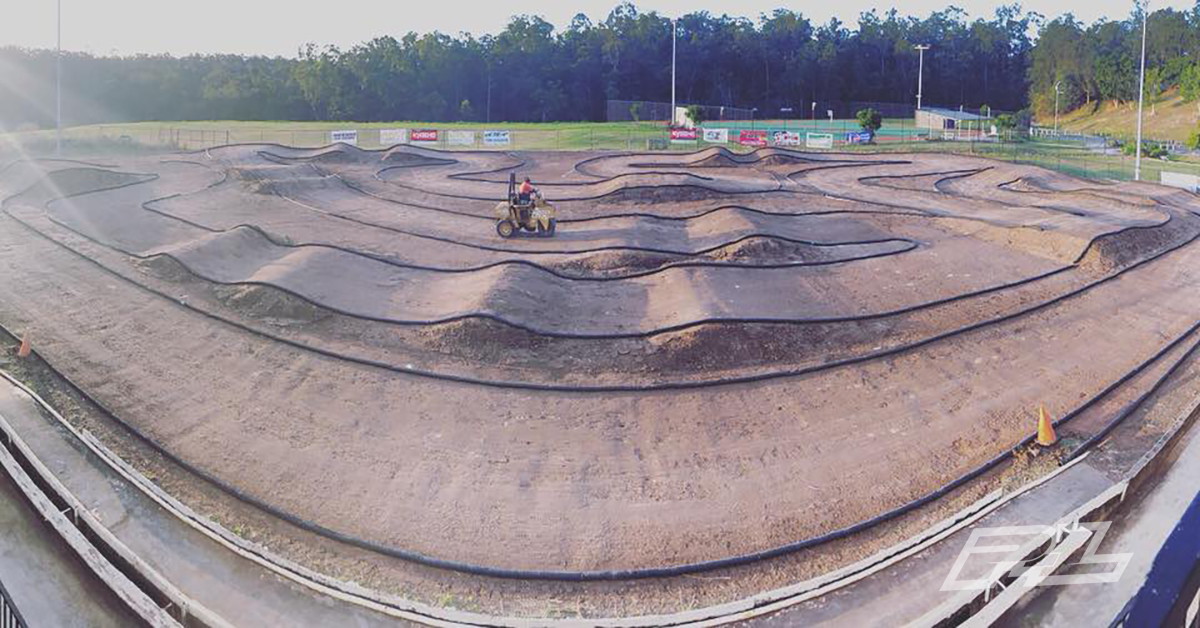