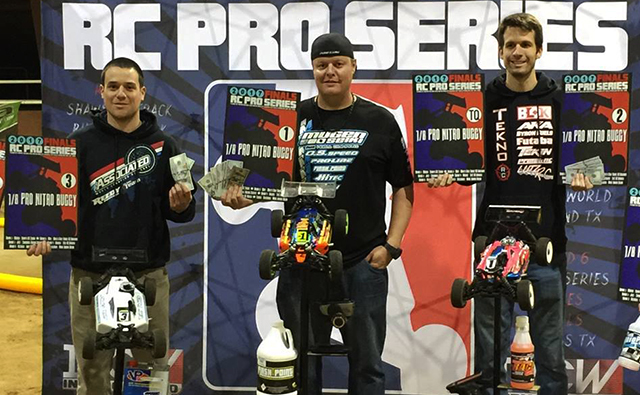 2017 R/C Pro Finals were this past weekend in Terrell, TX. The event had nearly 200 entries.

Adam Drake took the overall TQ in Nitro Truck by TQing all three rounds of qualifying. 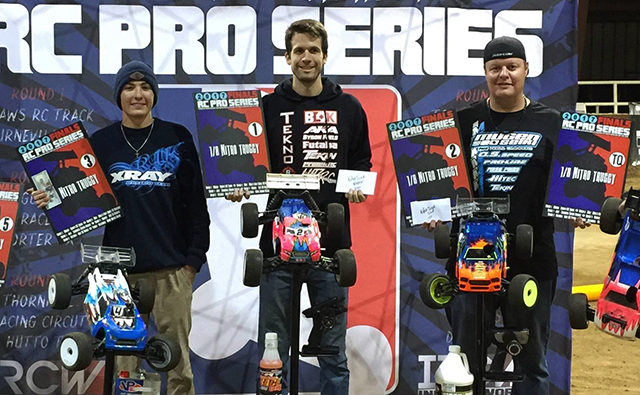 Ryan Lutz was the overall TQ in Buggy, followed by Adam Drake. In the 60-minute Nitro Buggy final Drake with his new MBX8 managed to grabbed the victory followed by Ryan Lutz in second and Jake Dellinger in third.

Mugen Seiki Racing’s Mark Morrow was the TQ and winning in the 40+ Nitro Buggy class.