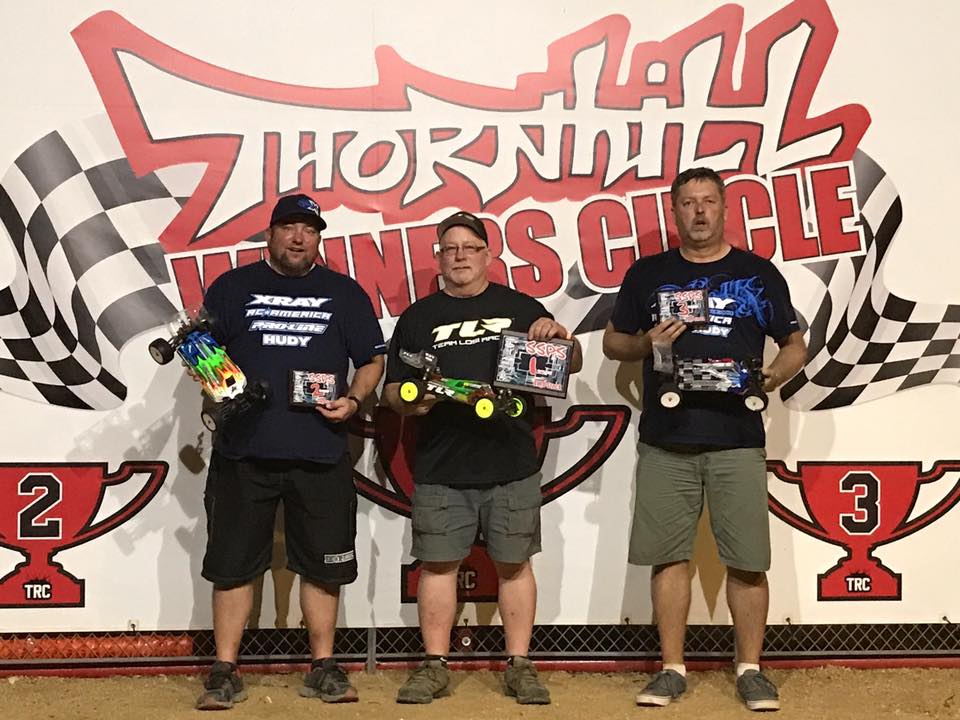 This past Saturday was Round 4, final round of the Southern Summer Payout Series, which has traveled across 3 states in our division. Louisiana, Oklahoma, and Texas. Thornhill Racing Circuit has a new turf track, after weather destroyed the previous covered clay track. All new turf for everyone, the challenge would be how to handle the extreme rise in grip from the previous events.

It was the hottest day of the year this past Saturday, with temperatures reaching 106 degrees. 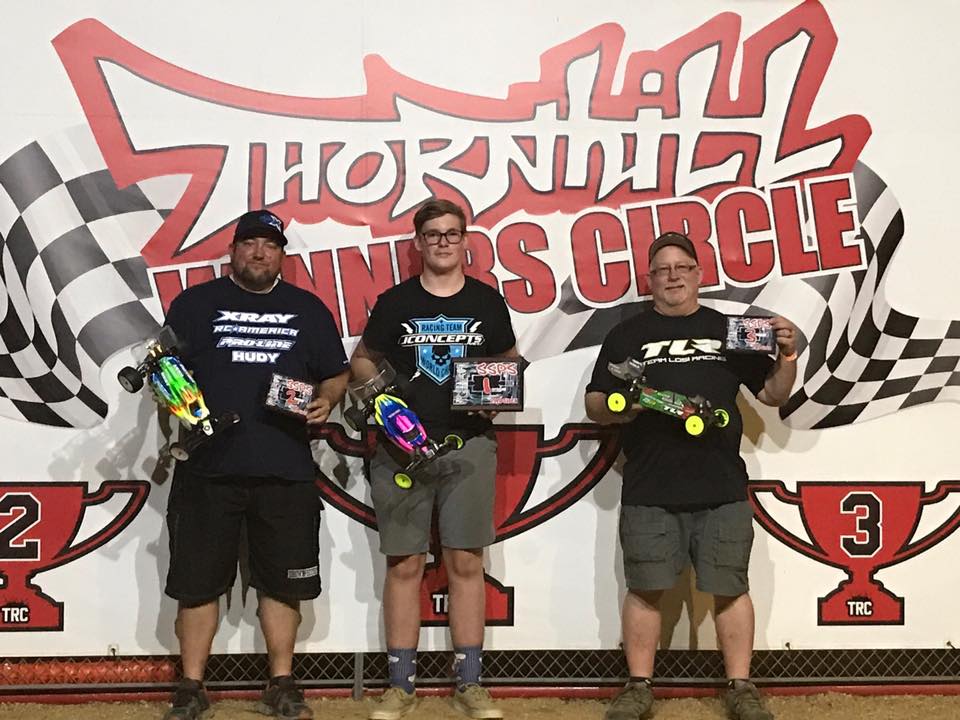 Qualifying
In 2WD, I was having temperature issues on the motor, trying to find the sweet spot, in gearing, and speed, as well as temperature of the motor. i finally got the motor temps down during practice, but noticed right off in the first qual, my speed was way down compared to everyone else. i finished 9th overall for the first round. Car motor faded dramatically the last minute of the race. I was approached by a guy who offered to run a motor he had and said it was much faster than any Tekin motor out there. i decided to use it, and in the 2nd qualifier, i went and put a a 3rd overall. on TQ pace but late mistakes on my part, kept me a 3rd. in Q3, i was able to be first overall for the round, but no one seemed on pace for Tq. I used Pro-Line Pin Point Z3 rear, and Pro-Line Wedge fronts. Tire wear at 0, i used these tires the rest of the day.

In 4WD, i was set for Race 12. i was watching the Live RC program on my phone, and saw race 11 was on the track. turns out, race 11 was actually race 12, due to allowing races on the bigger 1/8th track. i didnt get to race the first round. In q2, i just wanted to get a solid run, car was good, and felt weird on the jumps, seemed bottoming up the face, and landing long was not good for it. i actually broke a post on the ESC. for q3, i put in an older TEkin RS pro speed control, also raised the shock oil just a little bit, and stiffer springs, suggested by Lance and went and put a good run in, fastest lap, as well as TQ. Pro-Line Pin Point Rear Z3, and Wedge 4WD Fronts. 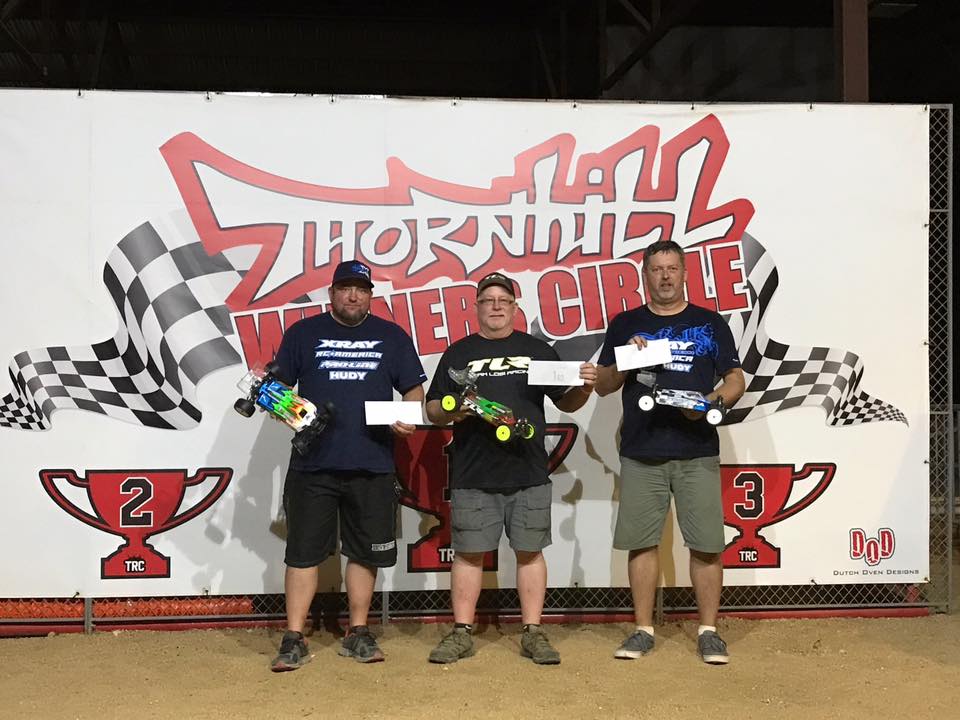 Mains
2WD A1, got off to a good start, made a mistake on the first table top, and dropped pretty far back, battled back to 4th, where i was for most of the Main, late mishaps with 2nd and 3rd, allowed me to pass for 2nd. where i stayed until the last lap, where I got caught up with a marshal in the middle of the track, then casing a jump, dropping to finish 4th.
2WD A2, again, good start, better start actually because the TQ made the mistake on the start, i was able to get a pass on both, to take the lead, Austin Jeffries, chased me down, and made another mistake late on a table top, where i was able to open a gap of 6.5 seconds. taking the win by 3.5-seconds in the end. Overall, I finished 2nd for the event, and 2nd in points in the series, behind Austin. 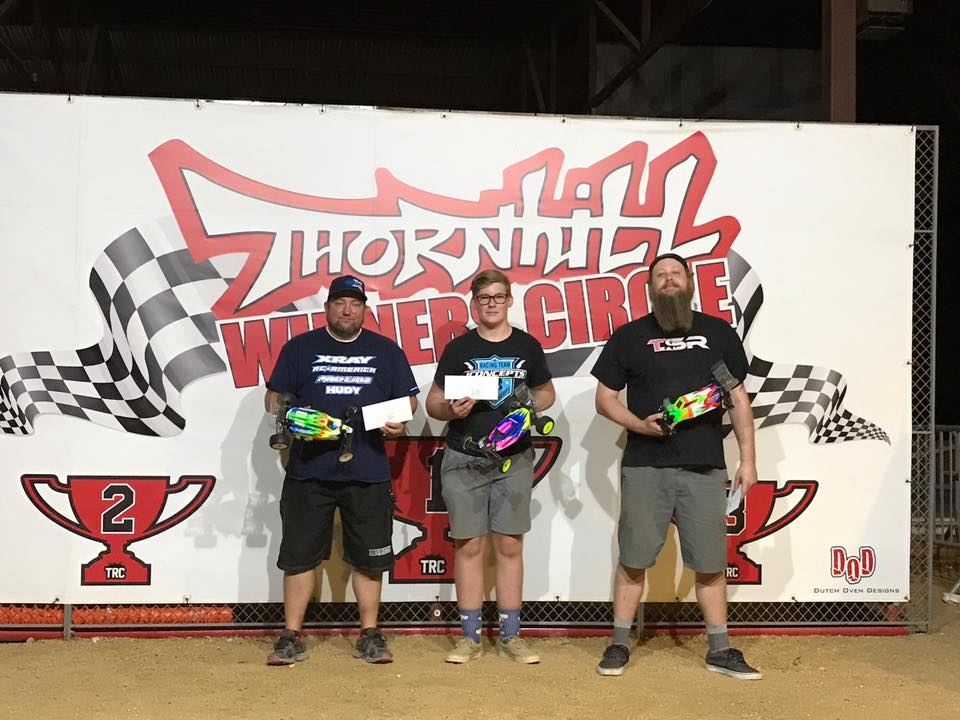 4WD A1, starting in front, I was able to get a clean start, some early pressure from 2nd, would put on some close racing for the first few laps, then he crashed, and left me to an easy win.

4WD A2, again, another good start, and out front for the whole race, came up on lap traffic, where i had to check up on a jump, ended up casing a big triple, where the B wire on my motor broke from the ESC. I was able to limp the car around for the final 2-minutes, finished 4th. That would cost me the win, I finished 2nd overall for the event, and 2nd in points for the series. The points were tied going into this event.

Thanks to Pro-Line, RCAmerica, Xray for the support this year.