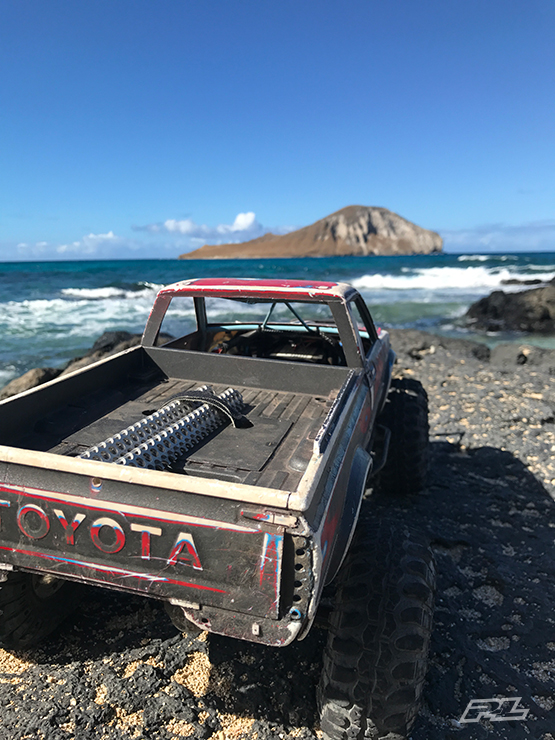 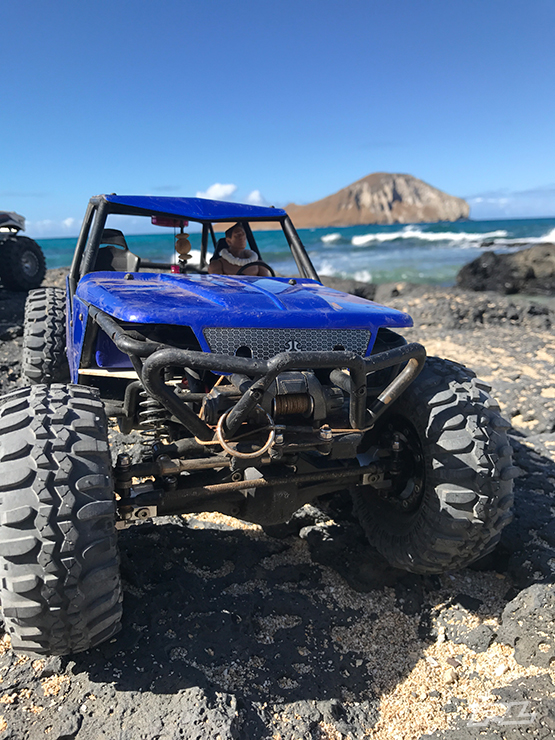 The time has come for another 808 Rock Race #4 hosted by Ohana RC.  With the trucks packed and loaded the Bautista Brothers along owner and team manager of Hiki Nō Custom RC’s leave the shop and headed to the eastern end on the island of Oahu towards Kaupo Beach Park located in Waimanalo, HI.

For this 808 Rock Race will cover an area of one mile that had pacific salt water / sand / dirt that covers over volcanic rocks and formations.  For this scale adventure we used our Axial Racing based 1.9 rigs with Tatum’s Wraith and Bronson’s SCX10 named “Silver Surfer” both using 1.9″ Single Stage Foam wrapped around 1.9″ Swampers.  While Shawn used his Bomber using Pro-Line 1.9″ Dual Stage Foam wrapped around Pro-Line BFG KR2’s.