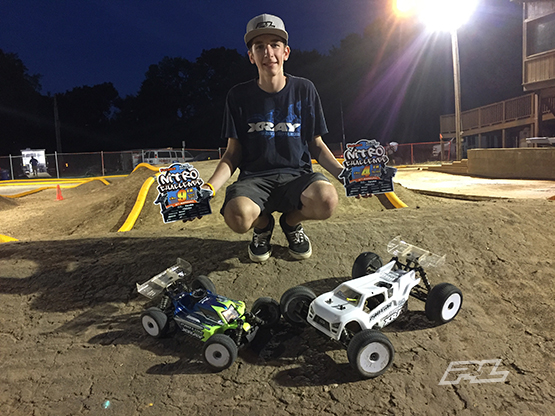 All of the quals were decent with both cars except the second qual with Buggy. There was a kicker that would kick the wing high so I had to land full throttle. My clutch was locking up, or the engine was starving for fuel and it flamed out 4 times in that one qual on the lander of that kicker.

I was running the XT8 on Pro-Line X3 Electroshots, powered by OS Speed, O’donnell Futaba and Trakpower. 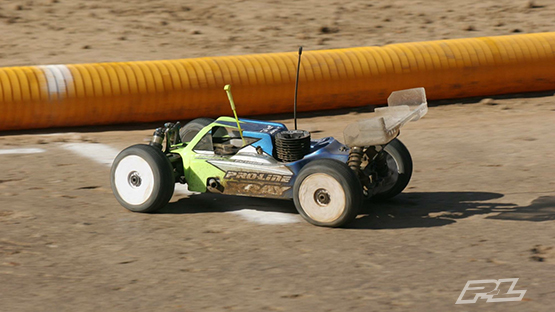 The Mains were great for Truggy! A-1 I drove too timid and got 4th. A-2 I pushed the truck more and I battled with Adam Drake for 3rd but there was 1 lapper that let Adam go by, But when he was in front of me, he didn’t move. So the 5-6 times we lapped him, Adam would gap me. I ended up getting by him cleanish a couple times, but I dove over his car 3 times in the sweeper, and got taken out by him a couple times. I ended up getting the second best fast lap in the second A, and finished 4th again. I was running the XT8 on Pro-Line X3 Electroshots, powered by OS Speed, O’donnell Futaba and Trakpower. 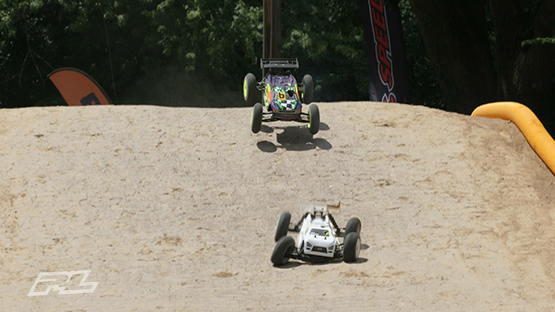 The buggy mains did not go my way. The first Main, the rear center drive shaft set screw came loose. (Of course the only screw that I use red lock tight on comes loose. :() I ended up finishing 10th or 11th in A-2. The second Main I ended up getting into 4th on the start and after a few laps, the brakes started to feel really inconsistent, they started to lock up in some turns and not lock up in other turns. (A few weeks ago at RC Pro series, the brakes started to lighten up in the main, so I might need to replace my brakes. Let me know what you think) I finished 6 in A-2. I was running the XB8 on Pro-Line X2 ElectroShots, powered by OS Speed, O’donnell, Futaba and Trakpower.