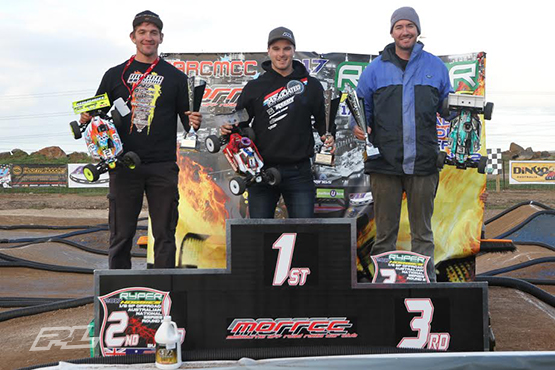 This past weekend me and my father attended our important 2nd Round of the Australian Nationals Series! The weekend held almost 200 entries with 1:8 Buggy and Truck to be ran over the four days in Melbourne, Australia.

Thursday held two rounds of practice and the first round of qualifying. The track was very hard packed as soon as we got there, it seemed as if we were going to be running on some high traction later on in the event (and we did!). I got started with an awesome round 1 and managed to take both TQ’s in each round.

Friday held four more rounds of qualifying where I would have the chance to take the overall TQ in both.

Both my Team Associated RC8B3 and T3 were working amazing on X3 Blockades as the track began to increase in traction after every run we had!

By the end of the day I managed to smash the field and take the overall TQ in Both Buggy and Truck! 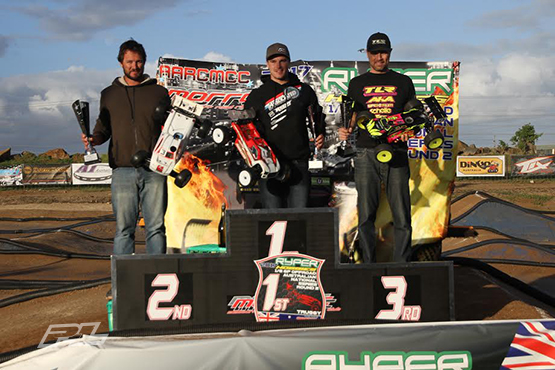 The weekend was finals but we also had 1 more buggy qualifier on Saturday morning, I used this to try out some different tires before the final on Sunday. But this day also held some lower finals along with all of the Truggy finals with the 1 hour A-Main later in the evening! Unfortunately there was some bad weather to be predicted for the afternoon and night so we would not know what tires until right before the final.

Pro-Line’s Blockade were working fantastic with the high traction conditions but when the track was wet ElectroShots were the tire to be on! 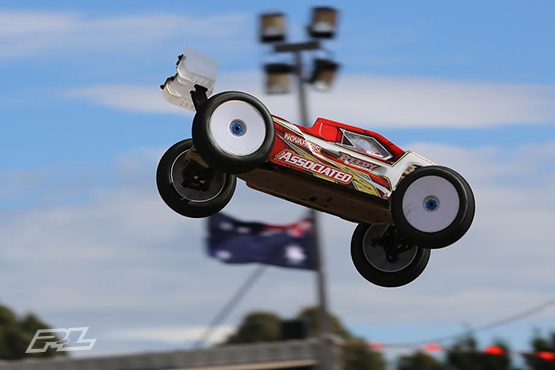 Right before the big final it started to rain so I went out on a risk and decided to put ElectroShots on my truck for the 1 hour. This turned out to be a excellent choice as half way through the race more and more rain came but I had stretched myself out to a few laps lead over the whole field. The event organizers decided to cut the race down to 45-minutes due to the track getting dangerous for marshals, I took the overall win with my Team Associated RC8T3! 🙂

With sunshine coming up for a beautiful day on Sunday it looked like we would have a rain-free day to finish off an awesome weekend with buggy finals and the 1 hour main later on in the afternoon once again. After the rain from the night before the track was a little moist but after a few early races in the morning and some sunshine, the track was hooking up even more than it was in qualifying! My Team Associated RC8B3.1, Pro-Line Tires and Novarossi engine package was feeling more than awesome for the semi practice and I was super confident going into the semi final and then the A main. I cruised to an easy win in the Semi final to put myself on pole for the long 1 hour main ahead. 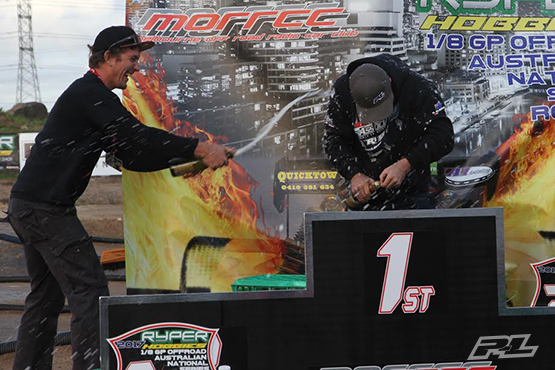 I again chose to use X3 Blockades as my tire of choice for the long final, I got off to an awesome start and never looked back. My package was beyond perfect and I smashed the field and lead from tone to tone to take the Double TQ and Double win at the Australian Nationals Round 2!!