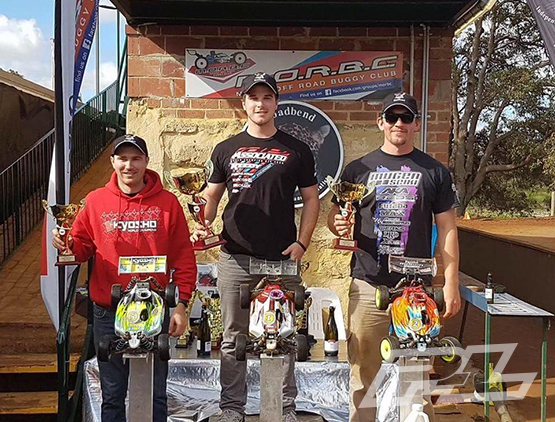 The 3rd Round of the Australian Nationals series had Perth host the final race for the series in Western Australia! We have run here many times before and it by far is some of the best clay we have ever driven on. An awesome blue groove always comes up with heaps of cars on the track but we knew before we left that we would be battling against the weather gods all week which was very unfortunate but usually for this time of year in Perth. 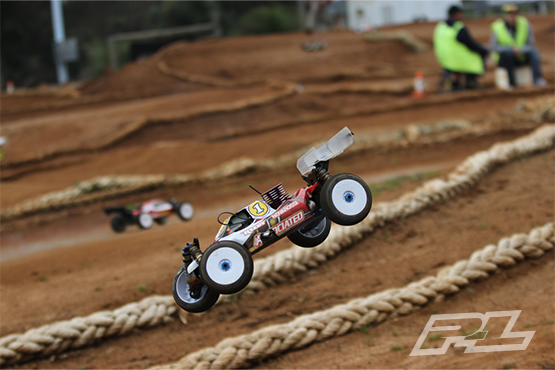 We arrived on Wednesday with it raining as soon as we came out of the airport… We knew tomorrows 2 practice rounds and qualifying would be very wet! We definitely weren’t wrong as on Thursday morning the track was extremely wet and we chose to stay out of the first practice round due to how muddy the track was. We got going in the 2nd round of practice and the layout was very cool but also very difficult and technical at the same time, little errors were easy to make but both my RC8B3 & T3 were working very well. 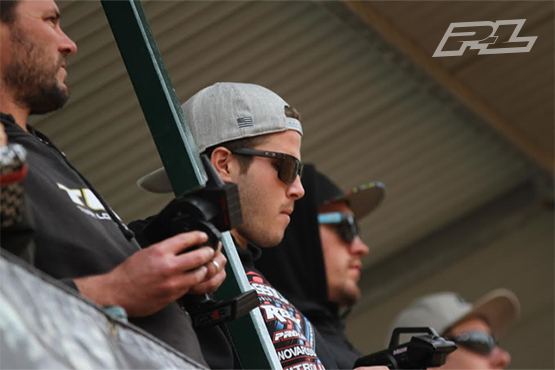 Qualifying went great as the rain left and the track had an awesome blue groove by the end of Thursday, we were running on Hole Shots but then moved on to a Blockades. I managed to take out 4 out of the 5 rounds in Buggy and Truck as I chose to sit out the last round on Friday so I could get an early sleep and not be at the track till late! 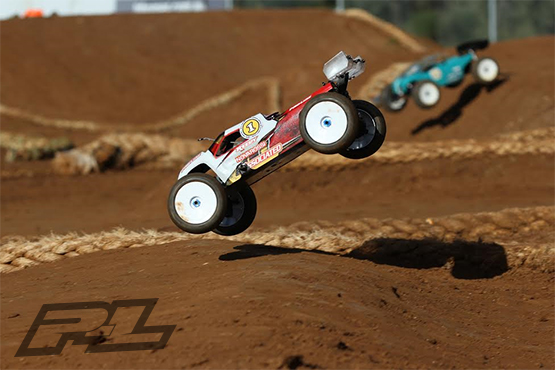 Finals had another disastrous story, the weather decided to come on over again and Saturday was really wet. They pushed the finals through in the morning and it was looking more promising for the truck semi final and final to happen later that afternoon/night. Semi final was going smoothly when the rear turnbuckle in my truck stripped out of the rod end when I hit a huge rut. The track was very ripply and bumpy after all the rain had come down over the previous 3 days which made the track even more difficult. I pushed through to finish 6th by just getting my car around the track and I would start 9th on the grid for the final. I felt very confident with how my truck was handling so in the final I got off to a great start and was in 3rd by the 1st lap! By the end I had easily taken over the lead and lapped the whole field to times to take the 3rd Round Truck win, I was running X3 Blockade Tires and running my Reedy Electronics with Novarossi powered Mito 7 engine, everything ran flawlessly. 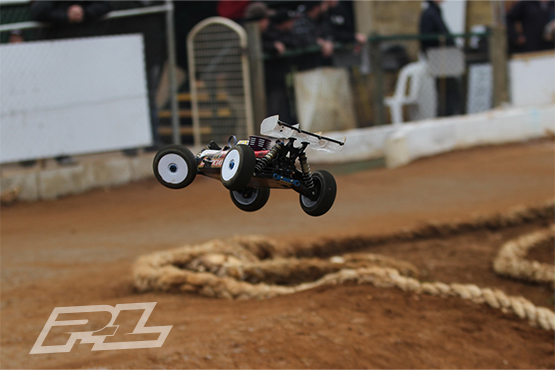 Sunday we had the buggy finals, the weather was still toying with us and we weren’t sure at all if we were going to be able to run in time. But the sun decided to rock up at about lunch time and they pushed through the lower finals which were extremely muddy at the time. By the time our semi final came around the track was getting quite nice, we ran a X4 Hole Shot as it was rather loose and had a clean run to start off pole in the final. Buggy was perfect, I had a great start and managed to get away from the pack and again went on to lap the field and take the overall series win in buggy with my Team Associated RC8B3! Massive thankyou to the following: Team Associated, Reedy, Novarossi, Pro-Line, UpgradeRC, Shark Bait Designs, Makita, Kicker and my father/teammate Scott! 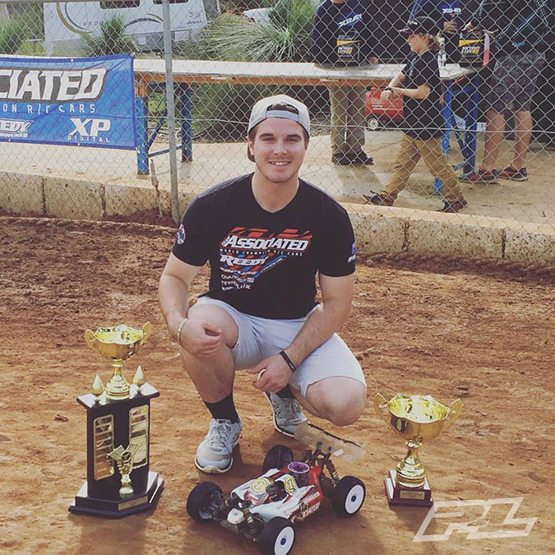 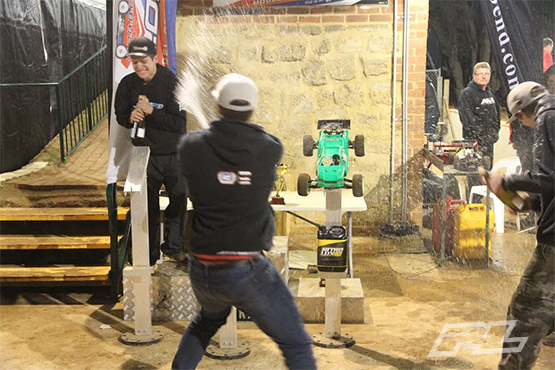