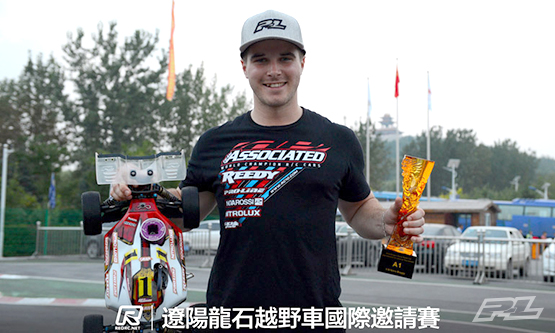 Over the past weekend I was invited to by Scotty Ernst Productions and the entire Dragon Stone Raceway organization to the first big race held in China called the Asian Buggy championships in Shenyang, China. We arrived at the facility and it was beyond what we expected, with a massive driver stand for both an off-road and on-road track and indoor pitting areas for the international drivers.

We were faced with some bad weather on the first day of open practice so we had to sit around and just prep our vehicles and tires for the next practice day. We were lucky enough to get on the track on Friday for practice but the track was still a little slick due to the earlier muddy conditions. I had a few practice runs around the large open/fast track and my RC8B3 was feeling comfortable. By the end of the day I decided that the Pro-Line X4 Fugitive Tire was the most consistent and fastest around the track. 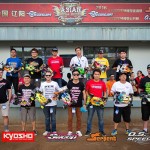 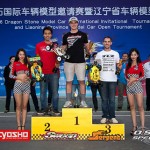 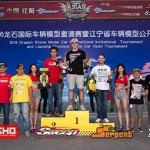 Saturday would be qualifying and once again we were faced with bad weather… We managed to finish one full round and in my first qualifier I was leading the race with some great speed, I landed on a jump and my car immediately flamed out, we think a lot of mud got stuck in the spur gear and flamed my car out as my engine was running perfectly and continued to afterwards. We had to sit out the rest of the day and wait until the next final day to hopefully run 1 more qualifier and then straight into the finals. 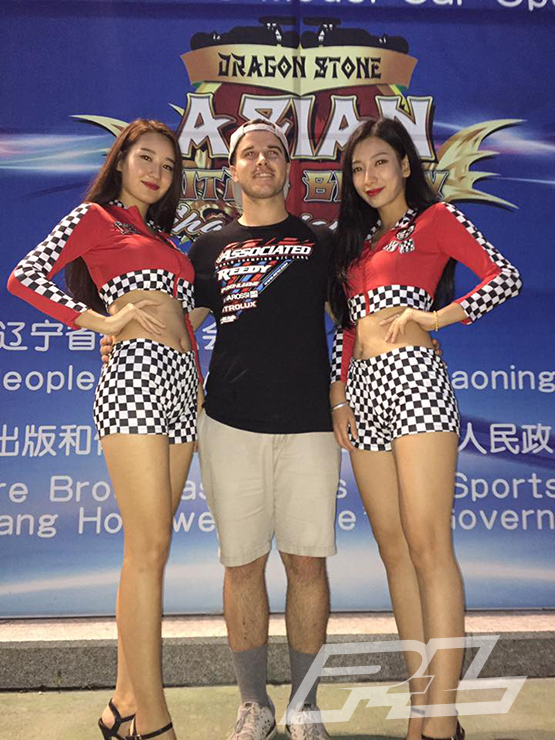 Sunday morning the track had dried over night and we were ready to continue round 2 of qualifying. I again went out on an X4 Fugitive and smashed the qualifier, I had one run in with a lapping car which led to one marshal but I still managed to win by 4 seconds over Atsushi Hara and Renaud Savoya, to then take the overall TQ and start off pole in the A-Main 45-minute final. The rest of the day held good weather and as the lower final were running the track continued to dry out even further. I was super happy with my car, engine and tires for the final and so I decided to not make any unnecessary changes to my vehicle. 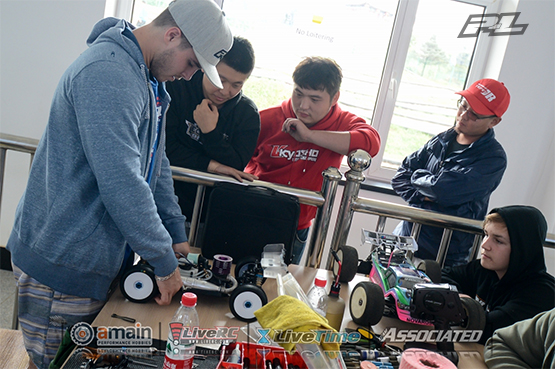 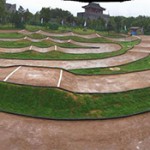 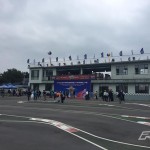 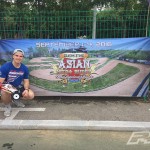 For the 45 minute final I started off with a clean start and began to start to gap 2nd place (Renaud savoya). After the first fuel stop I was slowly gapping away from 2nd as my car was working amazingly and was super easy to drive with great speed, soon later Renaud Savoya flamed out and the race was mine, I continued to clock away fast consistent laps to go on to win by 3 laps over 2nd place and have the fastest lap time of a 28.8! My Team Associated RC8B3 was perfect the entire race and my Mito 4 engine ran effortlessly over the 45 minutes along with my X4 Fugitive Pro-Line Tires looking untouched after the long final. 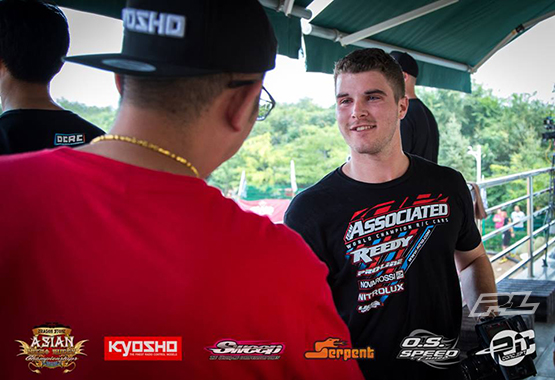 Thank you to all of you for the continuous support and BRING ON THE WORLDS!!!! 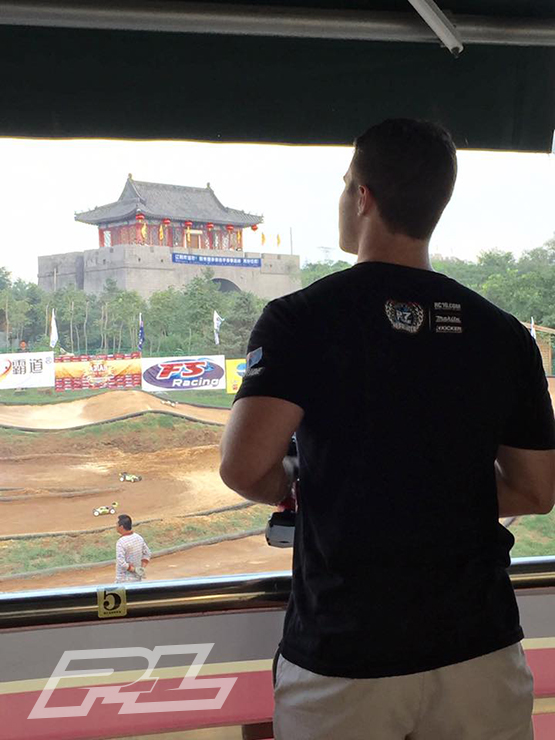