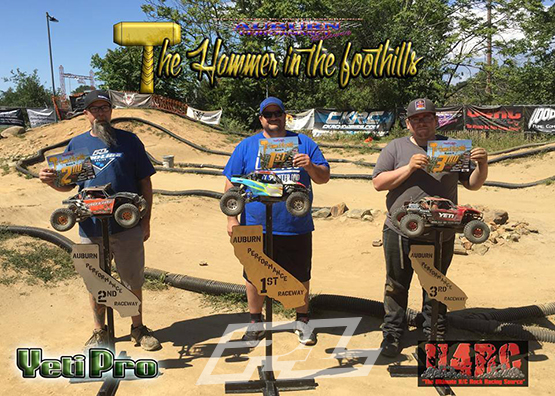 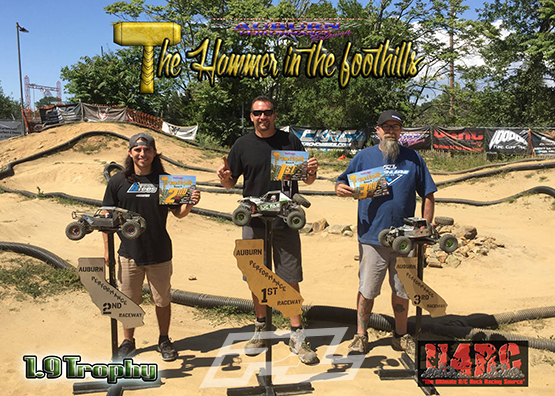 What a day of racing it was this past Sunday at Auburn Performance Raceway. Got to the Track early to run a few test laps. The rain that we had earlier in the week really helped get the track ready. After a little test and tune I chose to switch the Tires on my #2.2RCFabworksBeast from the Pro-Line Racing Flat Irons to the BFG KR2’s.

The #FlatIrons have been straight up nasty the last couple races! Giving me the grip it takes to win!

But the #ProlineRacingKR2’s on my Yeti had done so well I had to see what they would do for the 2.2 trophy rig at race 4 of #TheHammerInTheFoothills. My #1.9RCFabworksMiniBeast was first up, It was a small class but tough!

The Pro-LineRacing Flat Iron 1.9‘s got me off to an early lead, but i would eventually take 2nd place. In the Mains the #FlatIrons did awesome, the competition was fierce, I got on the podium in the 3 spot! #2.2RCFabworksBeast wasn’t on the top off it’s game. Round 1 led to a broken rear axle. A little work and I was able to get it ready for the mains. The Mains started with some promise the #ProLineRacingKR2’s did what was expected but some more mechanical issues forced me out of the race. Round 1 and 2 came and went rather quickly for the my #ProLineRacing Yeti.

Round 1, I had troubles and was out after 3 laps. Round 2 the #ProLIneRacingKR2’s got to hooking up! I ended up in the middle of the pack a lap down. The Excitement came in the Mains! Starting in the middle of the pack I was off like a snail… Around lap three the #ProLineRacingKR2’s took grip and the Yeti took off like a rocket! I would eventually battle for the lead only to come in 2 place by less second! Wow! two out of three podium finishes. I have to thank all my sponsors for all of your support! #ProLineRacing, #RCFabworks, #VanquishProducts, #HolmesHobbies, CKRCHobbies, #TeamKNKHardware, #NLCustoms, #Tekin, #BeefTubes, #CBERCFab THANK YOU!