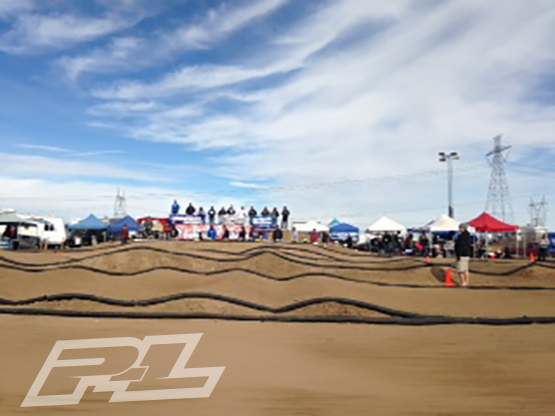 I was really looking forward to this race. Not only was it going to be RC racing, but also BMX racing, vendors, live bands and lots of food. It took place along side the Adelanto Grand Prix. There was about a hundred entries….some familiar faces and some new. There was a lot of action going on the entire time. It was very different from the regular races I usually do.

Considering it’s not usually the home for the track, they did a pretty good job on it. There were a lot of challenging sections, but I managed to get through them.  There were a few areas of the track, where a lot of racers got caught up. One being the whoops right before the straight away. Who ever turn marshaled in that section, had a run for their money (literally). Man, I don’t know how many cars I flipped over when standing in that area turn marshaling.

Overall, I was proud of how I raced. Unfortunately I wasn’t able to finish the race, because the turn buckle pulled out of the threads about 3/4 into the last A-Main. Talk about luck. But hey, we all go through it. Overall, a good day and a good experience. Many more to come.